Does the UK now have the most competitive tax regime in the G20?

Today, the Chancellor announced a reduction in the UK rate of corporation tax to 20 percent, to take effect from April 2015. This represents an 8 percentage point reduction from 28 percent when the coalition took office in 2010 with the stated aim of “creating the most competitive corporation tax regime in the G20”.

If other countries do not undercut the UK, then the reduction to 20 percent does mean that in 2015 the UK will have the lowest main rate of corporation tax in the G20, alongside Russia, Saudi Arabia and Turkey.

For many business decisions – such as whether to declare taxable profit in the UK or elsewhere – this is the key aspect of corporation tax. But for the incentive to undertake capital investment, the rate of allowance for that investment is also important, since this determines the size of taxable profit that is taxed.

The Centre’s ranking for the three measures are in the attached table. These rankings are based on the anticipated tax regimes in 2015, taking account of all reforms that have already been announced, and which will take effect by 2015. 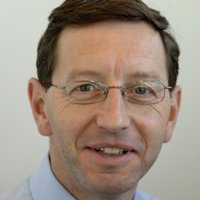 Michael Devereux is Director of the Oxford University Centre for Business Taxation, Professor of Business Taxation, and Professorial Fellow at Oriel College.
He is the elected President of the International Institute for Public Finance for a three year term, 2012-5. He is Research Director of the European Tax Policy Forum, and Research Fellow of CESifo and the Centre for Economic Policy Research.