The joy of a "greenfield"

Last spring on a trip to Central America, I encountered that wonderful sight for process improvers, a "greenfield". And I literally mean a green field. It was behind a hospital operated by a non-governmental organization (NGO) where I was volunteering my time. The problem I was assigned was to dispose of 15 years of personal medical records in a country with no recycling. The standard way to dispose of waste in this country was to simply dump it down a ravine to form a land fill without any top cover. But this, thankfully, was not acceptable for medical records containing personal information about past patients at the hospital.

So, what to do? The correct thing, of course, would have been to create a lean recycling program of the sort Lean Institute Brasil (www.lean.org.br) recently established. (It’s in a poor Sao Paulo neighborhood and provides employment to residents with difficulties entering the formal labor market, for example, after being released from prison.) But I had only a week to complete several tasks at this NGO and this was not going to be possible.

Upon reflection, the least bad thing to do was to burn the records. So I soon set out with the hospital's warehouse manager (who had been keeping the records in a storage building bursting at the seams) and a small team to figure out how to do this. The manager suggested that we use the open field of scrub grass behind the hospital since there was no incinerator on the grounds.

In the spirit of going to see and asking why, we went to the field and I asked the small team what we should do. Their answer was to remove the records from their folders (which could be reused), scatter them on the ground, and light them. Pretty simple. But this soon proved to be completely ineffective unless we were going to stand around burning documents one page at a time. Dropping burning documents on the ground more than one page deep caused the fire to smolder and go out.

Fortunately, there was an old oil drum in the trash pile at the edge of the field plus a couple of concrete blocks and a steel pry bar. Within a few minutes we had created a simple incinerator and the team was happily dumping the records in the top of the drum. Indeed, they were dumping stacks of documents so energetically that the fire soon went out for lack of oxygen.

A second round of go see and ask why led to the realization that the documents needed to be crumpled to let air reach each page, not dumped in batches. And they needed to be fed into the drum steadily to exactly match the combustion rate if we were to keep the fire burning smoothly and minimize the time needed to get the job done. But how to do this with the least human exertion? (It was a very hot day.)

The answer was to divide the labor. One person removed the records from the folders, a second and third person crumpled the papers and threw them into the fire, a fourth person stoked the fire with the steel rod to knock the ashes out the bottom and keep air flowing, and a fifth person fetched and opened more cartons of records. As it turned out, if the barrel was placed in the sun away from the nearest tree but everyone else stood in the shade of the tree, it was possible to have a hot fire and a cool workforce. Soon - after a third round of experimentation to standardize and balance the work - voila! We had created a lean destruction line and all of us working together at a steady pace got the job done in hours rather than the expected days.

This was a small-scale but still satisfying example of applying process thinking to the world's work. But what was really striking to me was how easy it was to create a relatively lean process almost instantly. The reason was that no inappropriate assets and no managers and a work team with carefully learned bad habits stood in the way. (This situation, of course, is what most members of the Lean Community face every day.) Why can't it always be this way?

This summer in Boston I had a second experience that raised this same question on a much larger scale. Three young entrepreneurs called to ask how a Lean Thinker would go about starting a greenfield business. They invited me to a test site for the new restaurant chain they are raising funds to start and we thought through the application of leaning thinking to the core processes of this business. These include staff selection and training, work design including the daily work experience of staff, logistics to get materials into stores and the waste out, set up of new stores (because they want to grow fast with minimum cash tied up in stores not yet open), and the customer's consumption process and experience (which interacts with the store's production process and staff experience.) In only a couple of hours it was easy to think of ways to launch the business with robust, lean processes that would also require less capital.

Why, I thought, doesn't every start-up start lean, rather than growing to considerable size before management realizes that key processes are broken or balky, interfering with continued growth and profitability? And in mature businesses, why doesn't every new product requiring a new production and delivery process start lean at Job One?

The answer, I think, is that most of us in the Lean Community learned our skills by reworking broken processes. And maybe we even have a financial and psychological bias: It takes a lot less effort on our part to get the job done right from the beginning than it does to do kaizen as re-work to get it right much later.

But mainly, I think, we simply have never learned how to speak to the entrepreneur starting a new business or the chief engineer leading a team to launch a new product with its accompanying production process. These folks generally have only a weak awareness of the importance of rigorous process design and the power of a truly lean process at the very beginning. And most that I have spoken to are convinced that creating lean processes from the beginning would cost more and take more time. I'm certain that these views are based on ignorance and lack of reflection, but until we start conversations to explain why, a great opportunity for the Lean Community and for society will be wasted.

I'm now engaged with a number of "system design" experiments to create new, lean processes to address new or changing consumer and societal needs and I hope to do my part in raising consciousness by publicizing these experiments. I hope you also will give thought to this important issue so we can all create more value with less process rework in brownfields that should have started and stayed bright green. 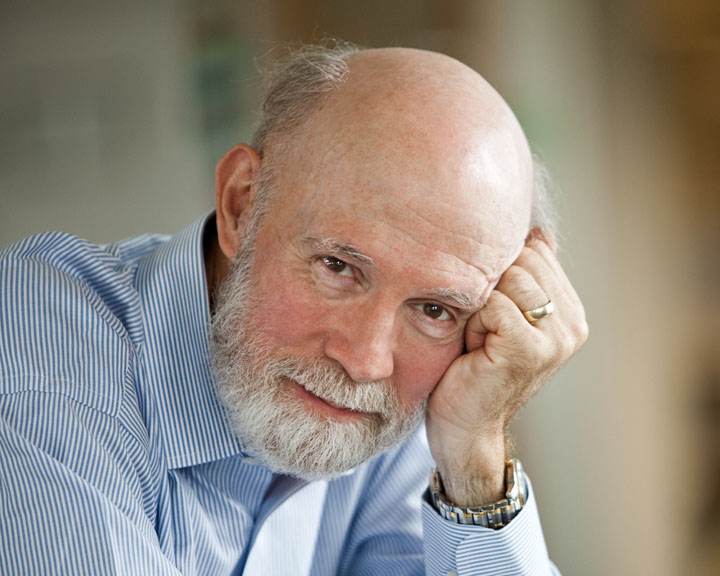 Founder and chairman of the Lean Enterprise Institute, Inc

Management expert James P. Womack, Ph.D., is the founder and chairman of the Lean Enterprise Institute, Inc., a nonprofit training, publishing, conference, and management research company chartered in August 1997 to advance a set of ideas known as lean production and lean thinking, based initially on Toyota’s business system and now being extended to an entire lean management system.

The intellectual basis for the Cambridge, MA-based Institute is described in a series of books and articles co-authored by Womack and Daniel Jones over the past 20 years. The most widely known books are: The Machine That Changed the World (Macmillan/Rawson Associates, 1990), Lean Thinking (Simon & Schuster, 1996), Seeing The Whole: mapping the extended value stream (Lean Enterprise Institute, 2001), Lean Solutions (Simon & Schuster, 2005). Articles include: "From Lean Production to the Lean Enterprise" (Harvard Business Review, March-April, 1994), "Beyond Toyota: How to Root Out Waste and Pursue Perfection" (Harvard Business Review, September-October, 1996), “Lean Consumption” (Harvard Business Review, March-April, 2005).

Womack received a B.A. in political science from the University of Chicago in 1970, a master's degree in transportation systems from Harvard in 1975, and a Ph.D. in political science from MIT in 1982 (for a dissertation on comparative industrial policy in the U.S., Germany, and Japan). During the period 1975-1991, he was a full-time research scientist at MIT directing a series of comparative studies of world manufacturing practices. As research director of MIT’s International Motor Vehicle Program, Womack led the research team that coined the term “lean production” to describe the Toyota Production System.