Anyone who has read about World War I in any depth will be familiar with the Battle of Çanakkale - also known as the Gallipoli Campaign. When British and French forces attacked Istanbul in an attempt to overthrow the Ottoman Empire, they got quite a lot more than they bargained for. The Turkish resistance was so mighty that it became encapsulated in the now common Turkish phrase: “Çanakkale is impassable.” And now, over a century later, it gives its name to a megaproject.

When the go-ahead was given for a large suspension bridge spanning the Dardanelles strait, there could only be one name for it. Coming a century after one of Turkey’s most well-known battles, the name chosen was a fitting one. Mr. Tanrıverdi says: “the term “the spirit of Çanakkale” is coined which essentially sums up Turkish people’s strong perseverance, faith, and solidarity, and is still widely accepted as a guiding principle. For this and several other reasons, I think no other name besides “1915Çanakkale” would be more befitting of this Project.”

Business Excellence recently spoke with Mr. Mustafa Tanrıverdi, CEO of the 1915Çanakkale Bridge project, someone who is intimately familiar with the significance of this history, having studied at Turkey’s leading Military High School, and of course the project that it gives its name to. When finished, the 1915Çanakkale Bridge will be the world’s longest suspension bridge. Learning more about the project was too good an opportunity for Business Excellence to pass up. 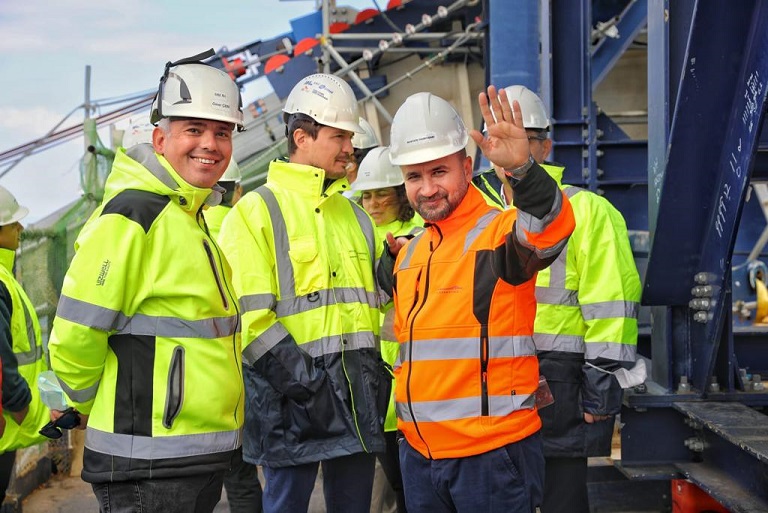 The 1915Çanakkale Bridge project was planned by the General Directorate Highways (GDH) of the Republic of Turkey Ministry of Transport and Infrastructure as part of the “Kınalı- Tekirdağ-Çanakkale-Savaştepe Motorway Project” and the section of the project that includes the bridge will begin at the south end of Malkara, before reaching into the Gallipoli Peninsula, crosses the Çanakkale Strait between Sütlüce and Şekerkaya, and ends in the district of Lapseki.

The project’s leaders were installed after a competitive tender, as Mr. Tanrıverdi explains: “GDH appointed the joint venture bringing together DL E&C, Limak, SK ecoplant and Yapı Merkezi for the design, ﬁnancing, construction and operation under the Build-Operate-Transfer model. ÇOK A.Ş. (Çanakkale Motorway Bridge Construction Investment Management Inc.) is the company established speciﬁcally for this Project. It is composed of companies Limak and Yapı Merkezi of Turkey, and DL, E&C, and SK ecoplant of South Korea within the framework of a Public-Private Partnership model.”

Total investments in the project are set to total nearly 3 billion euros. Raising these funds was in itself a significant accomplishment. As Mr. Tanrıverdi says: “ﬁnance agreements were signed with 25 ﬁnancial institutions from 10 countries on 16 March 2018, securing a 15-year term loan with a grace period of 5 years, for a total sum of 2.265 billion EUR. 70% of the loan was provided by 19 foreign banks and ﬁnancial institutions, and 30% by Turkish banks. The credit package, structured in accordance with the international project ﬁnancing standards, is composed of eight different tranches including Export Credit Agencies (ECA’s) and Islamic ﬁnancing methods.”

The 1915Çanakkale project is set to have a highly positive socio-economic impact. As Mr. Tanrıverdi says: “Not only will the bridge reduce the crossing time over the Çanakkale Strait to six minutes but the Project itself will directly and indirectly make enormous positive contributions to people’s lives within its highly populated catchment area. By directly connecting Istanbul to our country’s agricultural and industrial areas, it can accelerate the socioeconomic development of both Istanbul and the associated cities.”

He continues: “The Project will integrate the seaports, railways and airways in the Marmara and Aegean regions with highway transportation systems which will facilitate the economic development and balanced planning and structuring required by the industries in these regions,” adding: “When the motorways connect in the vicinity of Balıkesir, the distance between tourism centers like İzmir, Aydın, Antalya and Europe will be shortened which will contribute to the development of the tourism sector.”

Essentially, as Mr. Tanrıverdi eloquently tells us, the bridge and its joining motorway infrastructure will place Turkey at the junction point of the Modern Silk Road which stretches from China to England. He says: “Turkey is going to serve as a base for a signiﬁcant amount of merchandise trade ﬂow, via logistic centers that are still in the making. The project will be an  important point of passage for this merchandise ﬂow, ultimately serving to boost the commercial mobility between Europe and Asia.”

Of stakeholder engagement, Mr. Tanrıverdi notes: “We run our communication activities with the stakeholders within the framework of our Stakeholder Engagement Plan (SEP) published on our website. All our stakeholders with an interest in our environmental and social performance are regularly informed - through various communication channels such as the website, project hotline, visits from community liaison officers – in an accurate, extensive, comprehensible and transparent manner.”

In terms of biodiversity, the project team carried out a transplantation study of local marine species, which led to over one thousand Pinna nobilis (fan mussels) - an endangered species of marine life - being collected and transferred to new, safer areas. Mr. Tanrıverdi also says: “In line with the international requirements of our Project, we have committed to planting ﬁve trees per each tree affected by our construction activity. “

Finally, the team behind the project conducted an extensive community-level assistance program, whereby the primary focus was to enable households to continue their livelihoods without being negatively impacted by the project or develop new ways of gaining a livelihood. Mr Tanrıverdi notes that this project was implemented in 32 settlements along the project’s route in May 2019, and included a diverse range of individual programs that included agricultural training sessions, support for building a reservoir, and the development of a workshop for skills development. 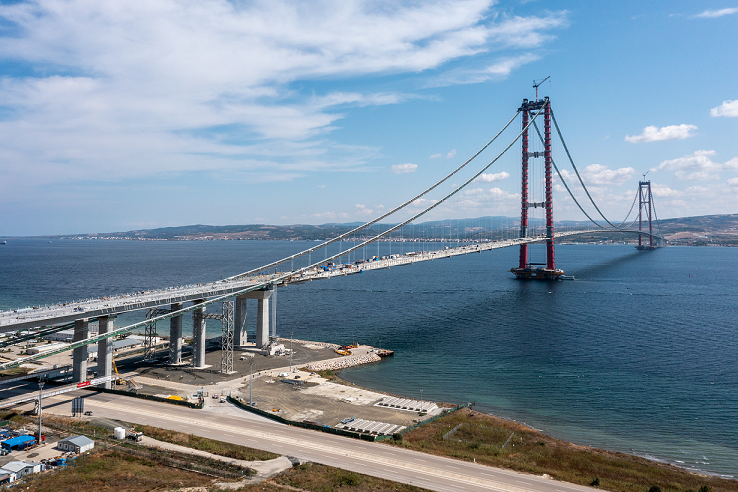 Mr Tanrıverdi was keen to emphasize the international nature of the extended team involved in the project, noting: “The project has a multinational structure, from the sponsors to the suppliers and people working at the construction site. We are working with suppliers from all around the world who have expertise and experience in their field.”

When the project concludes in March 2022, it will be a pivotal moment in Turkey’s modern history. Mr Tanrıverdi says: “In my view, the most distinguishing aspect of the Project lies in its being a multifaceted transformation initiative led by the government. The term I rather prefer for defining the main goal of the Project is “demand generation”. Çanakkale no doubt has a huge potential for tourism because of its rich history but its fertile land and educated population can equally be attractive for agricultural and industrial production. Thanks to its proximity to both Istanbul and Izmir, Çanakkale and its surroundings would easily attract substantial investments from various sectors. Obviously, ease of transportation is the sine qua non in every investment decision.”

He continues: “Let me also emphasize the fact that the Project is considered as an integral part of China’s “Belt and Road Initiative”. It will create an uninterrupted, highly efficient trade route covering vast geography and enhance not only the regional economy but also international commercial activities. I am sure that in a couple of years we will be able to witness the positive impacts of the Project countrywide in almost all categories from employment rate to the distribution of income.”

Kibali Gold Mine: Growing with the DRC

The Kibali goldmine in the Haut-Uélé province of the northeast Democratic Republic of Congo is no ordinary mine.

Cairo Metro: A Megaproject for a Megacity

Despite its 4,000-year-old history, Egypt’s capital Cairo is a city that refuses to spend too long looking in the rear view mirror.

Blaise Diagne International Airport (AIBD): An airport at the height of a country with great expectations

Blaise Diagne International Airport (AIBD) is located near the city of Ndiass, a town in the African country of Senegal.