In a board room or a trading room, businesspeople across the country must have one common asset: good negotiating skills. Whether hammering out a deal with another company or merely trying to get a new client, knowing how to negotiate is quintessential to success.

According to master negotiator Roger Dawson, author of Secrets of Power Negotiating, anyone can become a good negotiator, as long as they follow a few simple techniques:

TACTIC ONE: Never say yes to their first offer

When you say yes to the first offer, you automatically trigger two reactions in the other person's mind: 1): We could have done better, 2) Something must be wrong if they are saying yes to a proposal that we didn't think they would.

TACTIC TWO: Ask for more than you expect to get

International negotiators call this the key to success at the bargaining table. You might just get what you're asking for, and the only way you can find out is to ask. It also prevents deadlocks when dealing with an egotistical negotiator who is determined to have a win with you.

TACTIC THREE: Flinch at the other side's proposal

This is the number one mistake that poor negotiators make. Always react with shock and surprise that they would have the nerve to ask you for a concession.

When you are buying, you can squeeze the seller's negotiating range with this three-stage tactic.

Stage One: listen very carefully to their proposal and ask all the questions you can think of.

Stage Two: tell them that you appreciate all the time that they have taken with you, but tell them it's not exactly what you're looking for.

Stage Three: At the last moment, call them back and say, "Just to be fair to you, what is the very lowest price you would take?"

TACTIC FIVE: Use the vise technique

TACTIC SIX: When you're asked for a small concession, ask for something in return

Whenever you are asked for a small concession in the negotiation, ask for something in return. Say, "If we can do that for you, what can you do for us?" Often they will make a concession to you.

Don't let the other side know that you can make a decision in the negotiation. Tell them that you have a higher authority that has to approve the final deal. "I can never sell this to my people at this price. You'll have to give me a better price."

Whenever you are negotiating with two people look out for them using this tactic on you. One of them appears to be mean, tough, and totally opposed to your proposal. The other is warm, friendly, and very sympathetic to your proposal.

TACTIC TEN: Project that you're prepared to walk away

The number one pressure point in negotiations is your ability to project that you are prepared to walk away if you can't get what you want. 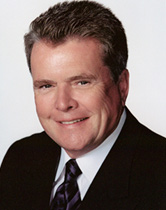 <!--paging_filter--><p>Roger Dawson has trained managers and salespeople at the top companies and business associations throughout the United States, Canada, Europe, Taiwan, China, New Zealand and Australia. He was inducted into the Speaker Hall of Fame in 1991. Roger is the author of <em>Secrets of Power Negotiating</em> and founder of the Power Negotiating Institute.</p>