Use of Ultrasonics for Measuring Sludge and Sediment Levels in Pipelines

In 2013, during routine cleaning operations with a pigging tool, a pipeline company encountered a blockage in one of their pipelines. Because the pipeline transported a sediment-containing hydrocarbon product, the company wanted to ensure that the blockage was removed in a timely, economical, and environmentally safe manner. After considering several technologies, the company chose SGS PfiNDE’s ultrasonic inspection technology as the best solution to solve the unique challenge, and discovered that ultrasonic inspection technology can be employed for more than just high-end weld investigations.

In early 2013, SGS PfiNDE received a call from a client pipeline company that transports a light hydrocarbon product with entrained particulate and sediment through a 150-mile section of pipeline in Minnesota. The company encountered a challenge when, after cleaning the first 20-mile section of the pipeline, the cleaning tool became blocked by, what was determined to be, the excessive buildup of sediment in front of the cleaning tool. Due to the large amount of sediment in this particular line, the tool had gathered enough sludge to completely stop any further progress of the cleaning pig.

Although the company knew the approximate location of the pigging tool used to clean the pipeline, the engineers faced three challenges. First, they needed to know the amount and characteristics of the sediment blockage. Second, they needed to know the location of the blockage in relation to the stopple tees. Third, they needed to isolate and contain the sediment, determine the sludge level, and ensure that not only could the tool be removed, but that when the line was put back in service, the company would have no further issues with flow. Figure 1 was created by SGS technicians in the field as part of the final report.

Initially, the use of X-ray technology to solve the issues was discussed. However, because of the diameter of the pipe, and due to the fact that it was full of sediment and product, the parties agreed that the use of x-ray technology would not only prevent them from meeting the their timeline goals, they would also not receive all of the information needed to solve their problem. After further discussions, and review of available technologies, it was determined that a technique could be developed using ultrasonic inspection technologies to determine not only location of the blockage, but the amount of sediment in the line, it’s true length, and other characteristics necessary to facilitate an expedited repair and return to service.

Ultrasonic inspection technologies require only a single technician with minimal equipment, results are displayed in microseconds and readily available for interpretation, and does not pose a safety hazard, whereas radiographic imaging requires multiple personnel with extensive equipment requirements, takes several minutes for each shot along multiple-foot sections of the pipeline, with additional time required for film development prior to interpretation of the results, and poses a safety hazard to all nearby personnel. Since the transducer can transmit and receive sound through the entire volume of materials, with an ultrasonic inspection system, a single transducer is connected to the ultrasonic instrument and is used to take measurements from any location with access to the outside surface on the circumference of the pipe.

SGS staff traveled to a rural area of Minnesota and, using pipeline rights-of-way, arrived at the approximate location of the blockage. To begin the project, SGS inspection personnel first helped determined the exact location of the pigging tool. Once the tool was located, work was immediately started to determine the extent of the blockage and the level of the sludge.

SGS inspection technicians determined that the use of an ultrasonic scope that allowed the user to manually set the material velocity, as opposed to data logger equpment with pre-set velocity values, was required due to the unique problems encountered by varying velocities of the steel pipe, sludge, and fluid. The equipment selected allowed the inspectors to drop the velocity down to that of of water, which is considerably lower than carbon steel. SGS inspection technicians also used a low-frequency, 2.25-megaHetrz transducer, which allowed significant penetration through the pipe, the fluid, and the blockage.

After final interpretation of the inspection results, it was determined that approximately 150 feet of pipeline was solidly impacted with sediment buildup. (See Figure 5.) Based on the results, the pipeline company was able accurately develop a strategy to effectively and efficiently cut and remove the specific section of the impacted pipeline.

The repair plan developed as a result of the ultrasonic inspection data collected, permitted the removal of the pipeline section containing the blockage and the impacted pigging tool well within the stopple tees, thereby stopping the flow of the liquid product before the operation. Additionally, the pipeline company was able to remove the entire sediment blockage and build-up, thereby reducing any further issues that might have resulted from partial removal, while at the same time, preventing any product leakage which would have posed serious environmental issues. Finally, the removed section was replaced and after the successful completion of testing, normal pipeline operations resumed.

Typically, pipeline companies consider the use of ultrasonic inspection technologies such as shear wave, phased array, FAST, and TOFD only for use in high-end weld investigations, and while looking for cracks, dents and internal defects. Used properly, by a well trained, skilled technician,ultrasonic testing is appropriate for finding discontinuities below the surface of the material, such as internal corrosion, manufacturing flaws in pipeline materials, and flaws in welds. However, with today’s generation of ultrasonic technology, inspection techniques can be developed to provide safe and virtually instantaneous results that can be used quickly, efficiently and economically obtain additional information such as fluid levels and checking for the presence of sludge, as well as many other instances where, traditionally, a more costly and time-consuming technique like radiographic inspections would have to be utilized.

Pipeline companies would be well served to consider the wide range of possibilities where ultrasonic testing services could potentially be utilized and determine if ultrasonic inspection applications are appropriate for a specific situation or procedure.

SGS is the world’s leading inspection, verification, testing and certification company. SGS is recognized as the global benchmark for quality and integrity. With more than 80,000 employees, SGS operates a network of over 1,650 offices and laboratories around the world. 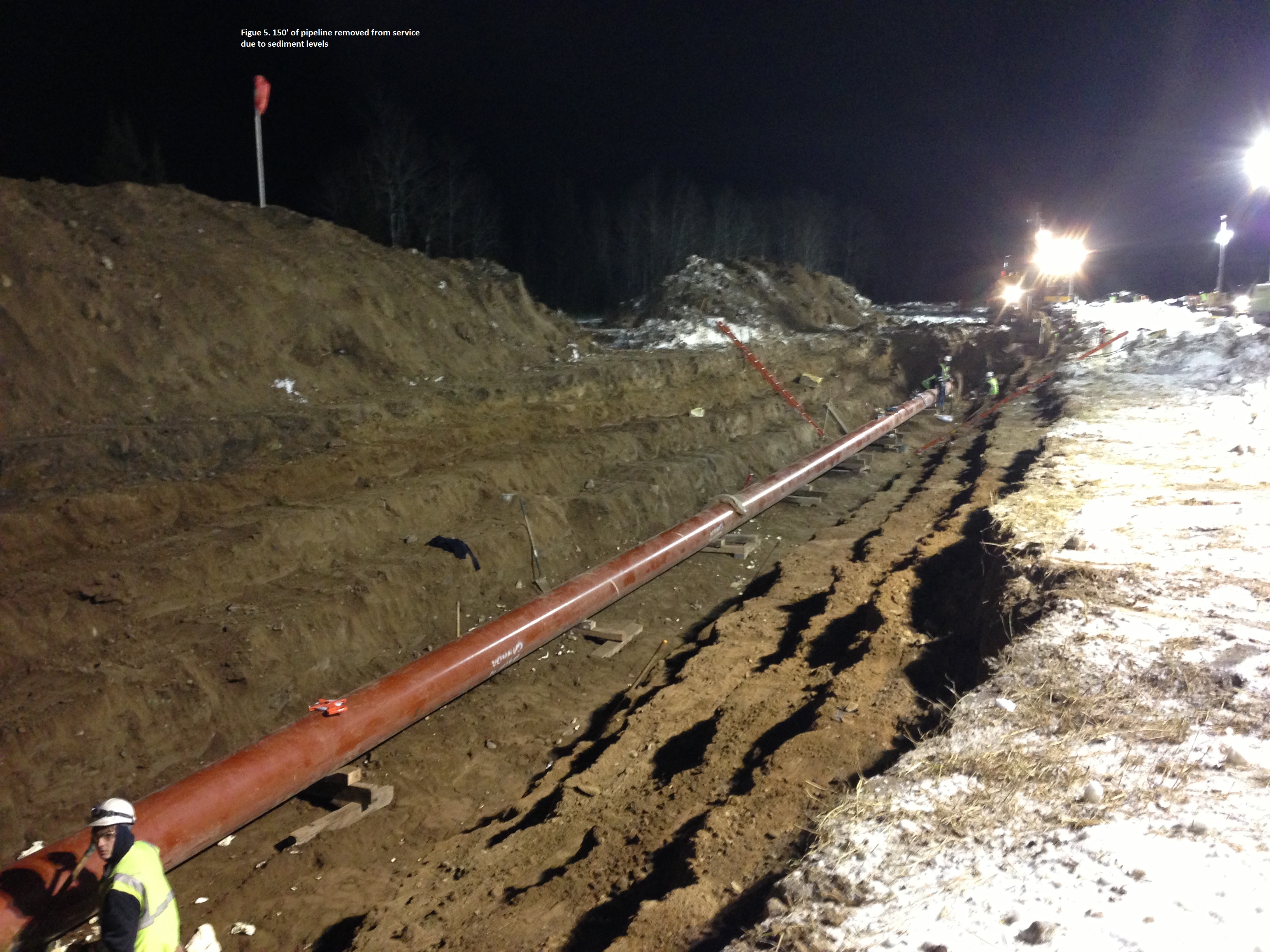 Steve is Key Account Manager for SGS in Oklahoma.

The REM is expected to become operational within the next year and a half and when complete, will provide high-frequency light-rail transport services on a 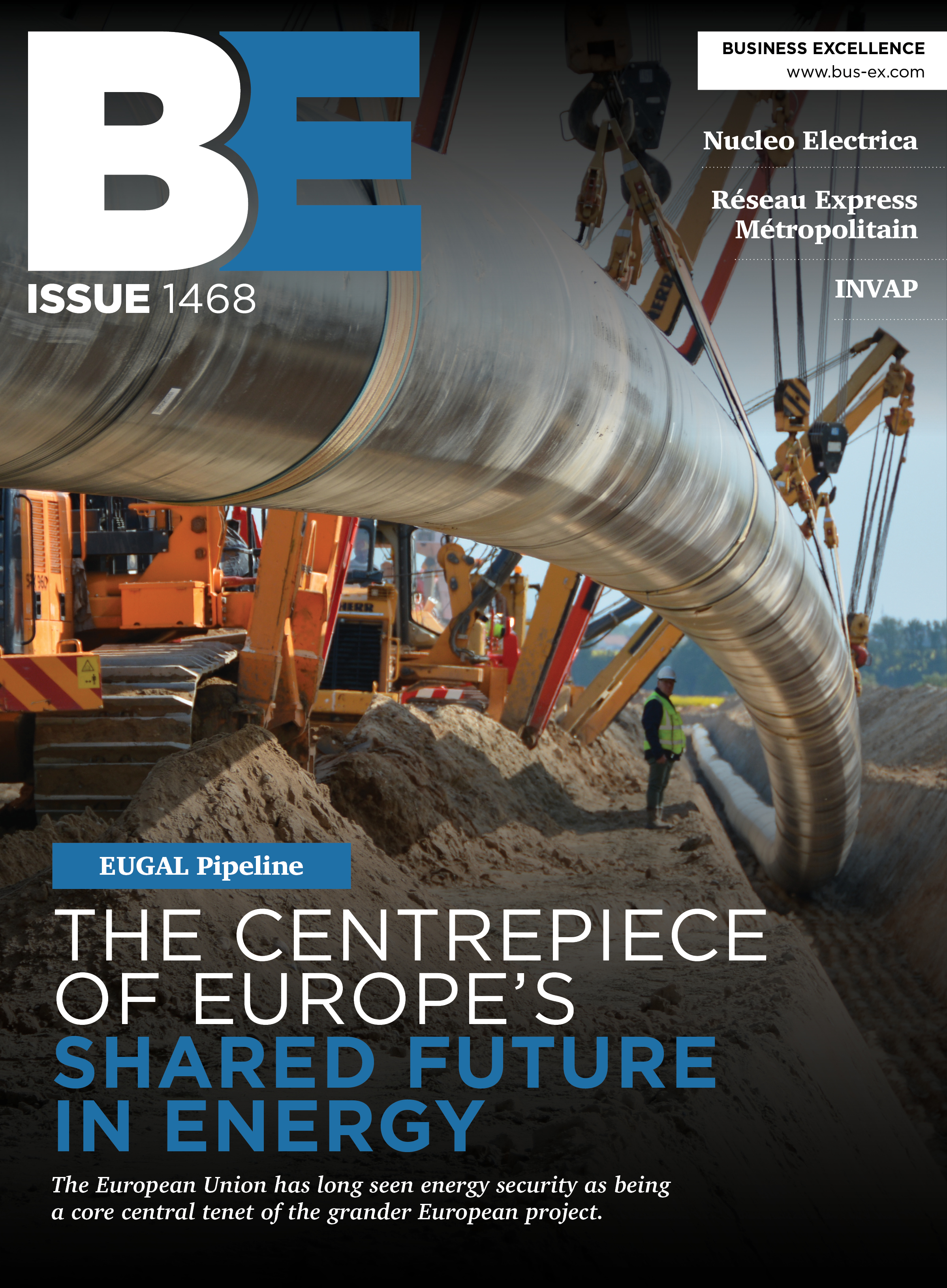